Season VIII- Meisenthal, Douglas Vase 10 years – Made in NY Series -, from Brooklyn to Brussels, in presence of François Anzambourg, 8-9 September 2018 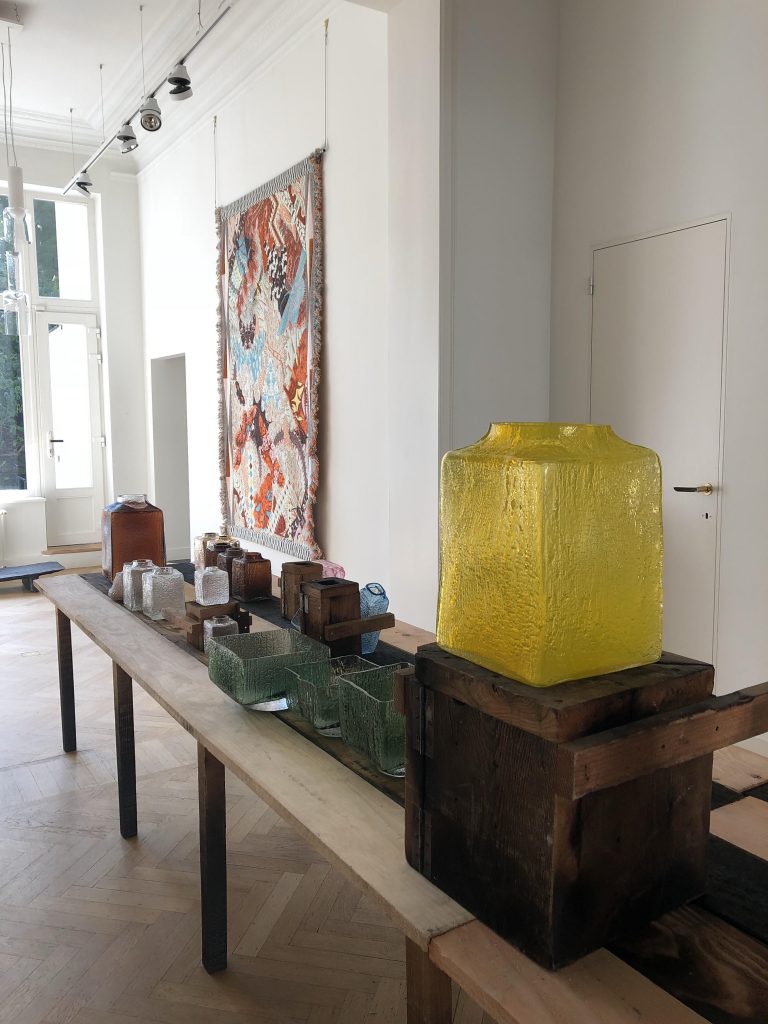 Finissage Weekend : 8-9/9/2018 : Douglas Vase, 10 years, from Brooklyn to Brussels – Made in New York Series – in presence of François Anzambourg

The Douglas vase is continuing its journey!

Here are some views from the exhibition at Spazio Nobile It will be presented in the coming months in the collective exhibitions “The Limits to Growth” at the Grand Hornu (Belgium) from the 1st of July to the 21st of October (www.cid-grand-hornu.be ) and “Homo Faber”, at the Fondazione Giorgio Cini in Venise (an event organised by the Fondation Bettencourt Schueller in partnership with the Fondation Michelangelo) from the 14th to the 30th September 2018 (www.fondationbs.org).

The Meisenthal glassworks was founded in 1704 in the massif des Vosges du Nord, in eastern France. The factory, which counted 650 staff, closed its doors in 1969. In 1992, the International Glass Art Centre (Le Centre International d’Art Verrier, or CIAV,) of Meisenthal restarted the first kiln on the brownfield site. CIAV’s objective was to preserve the technical heritage of the region and to reinstate the traditional glassworks production by welcoming contemporary designers into the workshops. On one side is the glassworker, his hands, his knowledge of the traditional technical alphabet, his self-assurance. On the other is the designer, his universe, his questionings. And between the two, the desire to write, together, new stories of the objects. For the designers, beyond the glass itself is the entire village of Meisenthal, which becomes building material. The residents, the brownfield land, the ghosts of its workers, its morning mist, the majestic forest… in other words, the spirit of the sites, which generates a unique, endemic energy that is reflected in the objects that are born there … CIAV edits, under the « Meisenthal-France » brand, small series of glass objects that fulfil the mechanics of the crossover between traditional multi-secular technique and the dreams of the contemporary creators. The pieces presented in the exhibit were conceived by artists or designers. They are the produced in either open or limited series or may be unique pieces or prototypes.