Showing the most significant work of some thirty designers, design studios, and artists, this exhibitions was not just the first comprehensive overview of the emerging and extremely exciting, yet totally overlooked and unknown Istanbul design scene.

With its approximately twenty million inhabitants, Istanbul has of recent become Europe’s biggest and fastest growing metropolis. Whereas it is often still seen as a mere intersection and greyzone in between East and West or Europe and Asia, it has moreover succeeded in developing an identity that is totally its own, and exemplary on many levels. Its position can be compared to a Splits or Spagat, the most difficult and yet most elegant and most beautiful figure in dance. For if anything, Istanbul is a dancing city: loud and boisterous, wild and rough, passionate and ecstatic. This has itself also reflected in the city’s emerging design scene, and the alternatives it has on offer for the ruling design industry and its colonising politics.

Apart from being an exhibition it will also be a discussion and production platform and laboratory, focusing on the latest evolutions in design in general, while touching on issues such as globalisation and the tension between the centre and its periphery. It will also serve as a kick off for a work in progress that, starting in Germany, will spread to other countries, constantly changing its form and format. 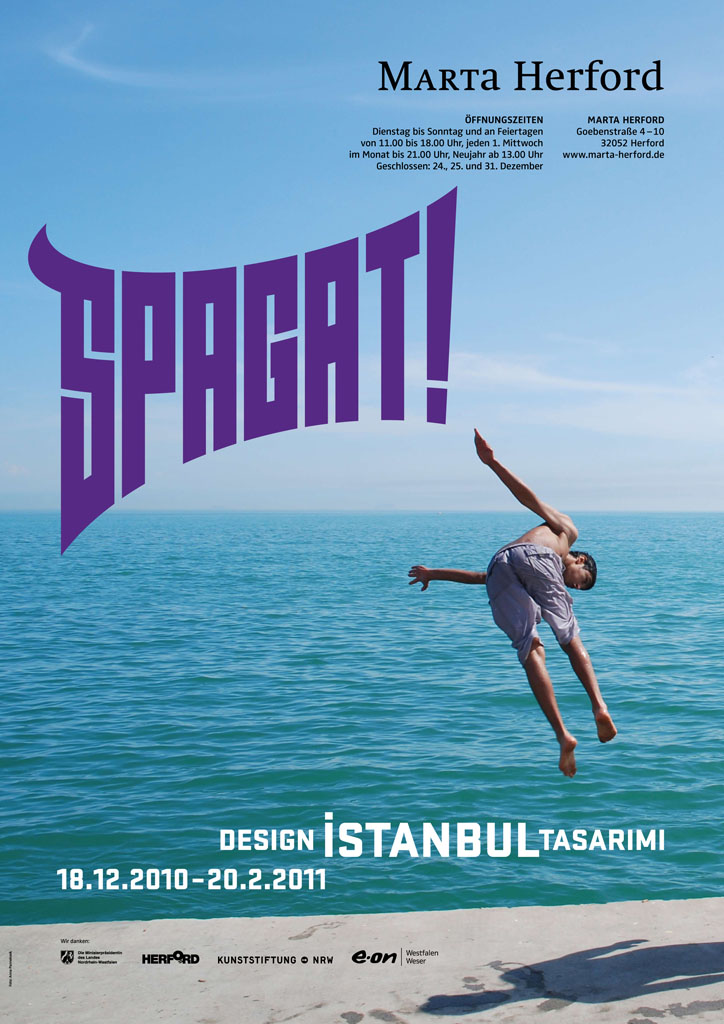