From Below (2017) In the beginning there was coal, which Anton Zielinski mined in 1912 in Marl, Germany. One hundred years later his great-grandson Philipp Weber visited the mine in which he worked. What Philipp encountered was not merely his historical roots in the northern Ruhrarea, he understood the fossil material known as bituminous coal to be an inspiration; a message to dive deeper into the matter of this subject. Heavy industry extracts coke from bituminous coal during a complex and technical procedure. Together with iron ore, coke is then reprocessed to iron sinter. Iron sinter in turn serves as the basis to produce iron. This again represents the raw material for steel production. In previous creative endeavours manufacturing processes have often inspired Philipp’ s work. In this case his inspiration came from the production of coke, which is performed behind industrial curtains on a large scale. When coal is processed into coke in so-called ‘ coking plants ’ , it is operated at temperatures of over 1000 degrees celsius and under exclusion of oxygen. Philipp’ s research revealed that during this procedure the coal does not burn, but loses its volatile contents. What remains, is almost pure carbon. In ‘ From Below’ Philipp wanted to investigate this process intellectually and implement his encounters in an aesthetically crafted manner. During initial drafts he started with a plan for his own miniature coking plant. An oven which works with a ceramic kiln was the basis. In the center and in the core of the oven Philipp installed a distillation container. It contains the coal, protects it from oxygen and thus keeps it from burning. Two mouth-blown glass flasks collect tar and other liquids that emerge during the distillation process. A large copper tank filled with water serves as the cooling element. Gases, that do not liquify, are channeled out through copper pipes and are burned upon emission. ‘ From Below’ interlinks personal history and production processes. From the perspective of the coal, Philipp respectfully seeks to understand a fragment of the earth’ s heritage. From the perspective of mankind he hopes to call human competence into question and the serious consequences it has on the fate of our plane. 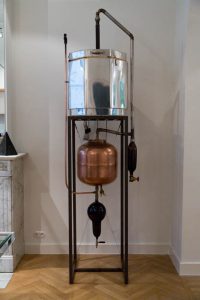 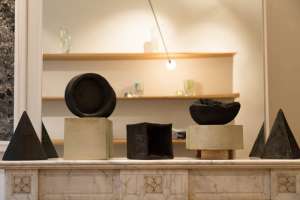 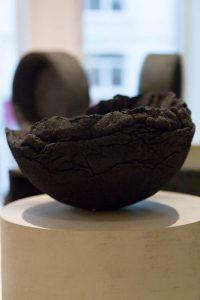 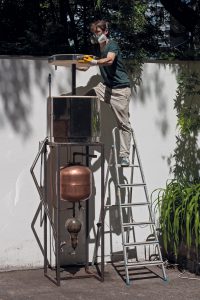 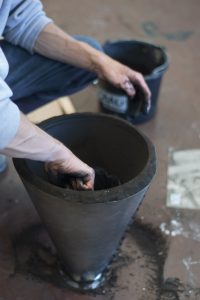 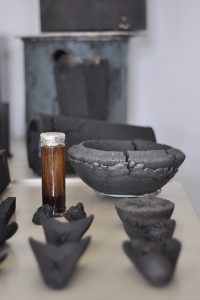 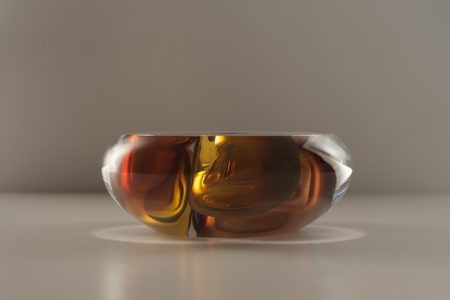 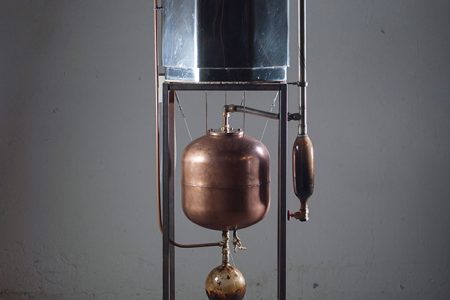 Philipp Weber
From Below – Coke Oven 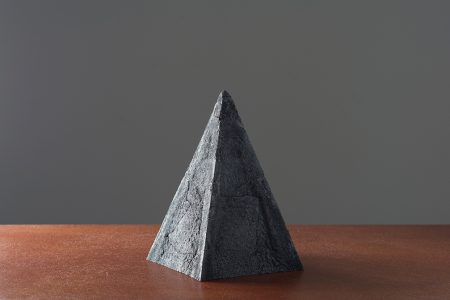 Philipp Weber
From Below – Pyramid 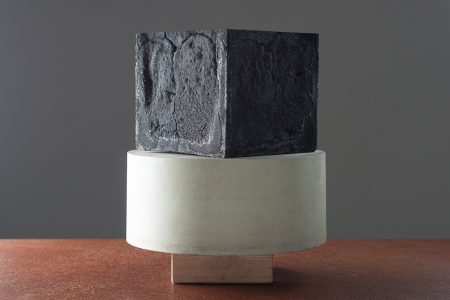 Philipp Weber
From Below – Cube 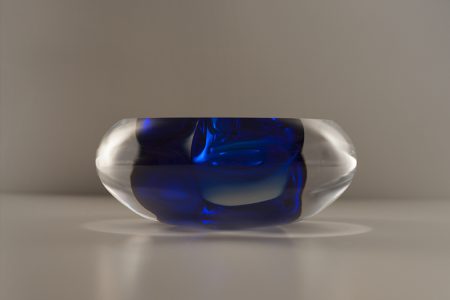 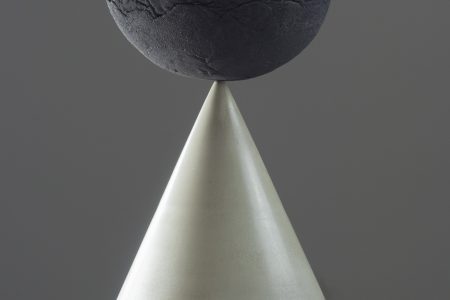 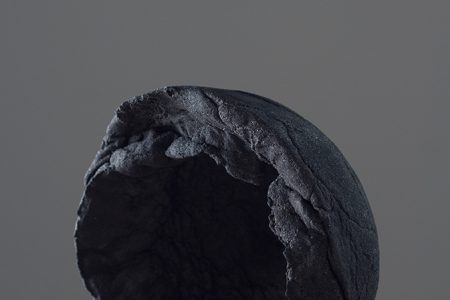 From Below by Philipp Weber 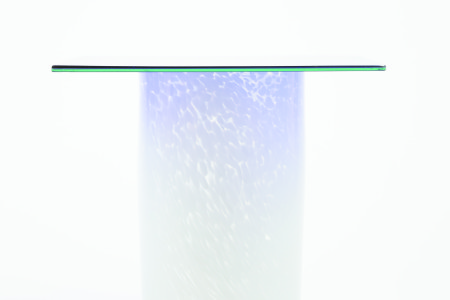 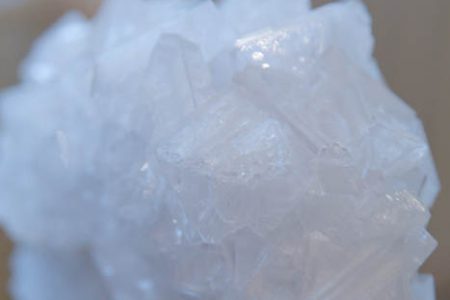