Le Domaine de Boisbuchet was first mentioned in documents dating from the the 16th century, it was long the largest country estate in the area, last in the possession of the Counts of Le Camus. In 1986, the furniture collector and culture manager Alexander von Vegesack purchased the estate, to bring it to new life for agricultural and cultural purposes.Together with friends and Eastern European universities, the buildings were renovated and agricultural operations were reactivated. In 1996, the organisation CIRECA (Centre International de Recherche et d’Education Culturelle et Agricole) was founded, which has since put on a series of international workshops in the summer months on architecture and design themes.

Returning to Domaine de Boisbuchet for his eight consecutive summer, architect and designer Paul Haigh mounted with Steve Gibbs the GlassLab TM – a mobile hot-shop and performance platform, developed with the Corning Museum of Glass. This time around, his aim was to explore glass’ ephemeral and sublime qualities – a rich palette for innovation and intervention. Emphasising this material’s liquid state, Haigh sought out to transform process into poetry. Working with master glassblowers from the Corning Museum of Glass, Glass is Tomorrow participants developed individual concepts – glass pieces fabricated for different fashion to furniture or artefact to   architecture scales of function. Employing multiple production methods – pipe blowing, fusing, hand pressing and glass sheet forming – they appropriated an artistic approach to achieve design based results. 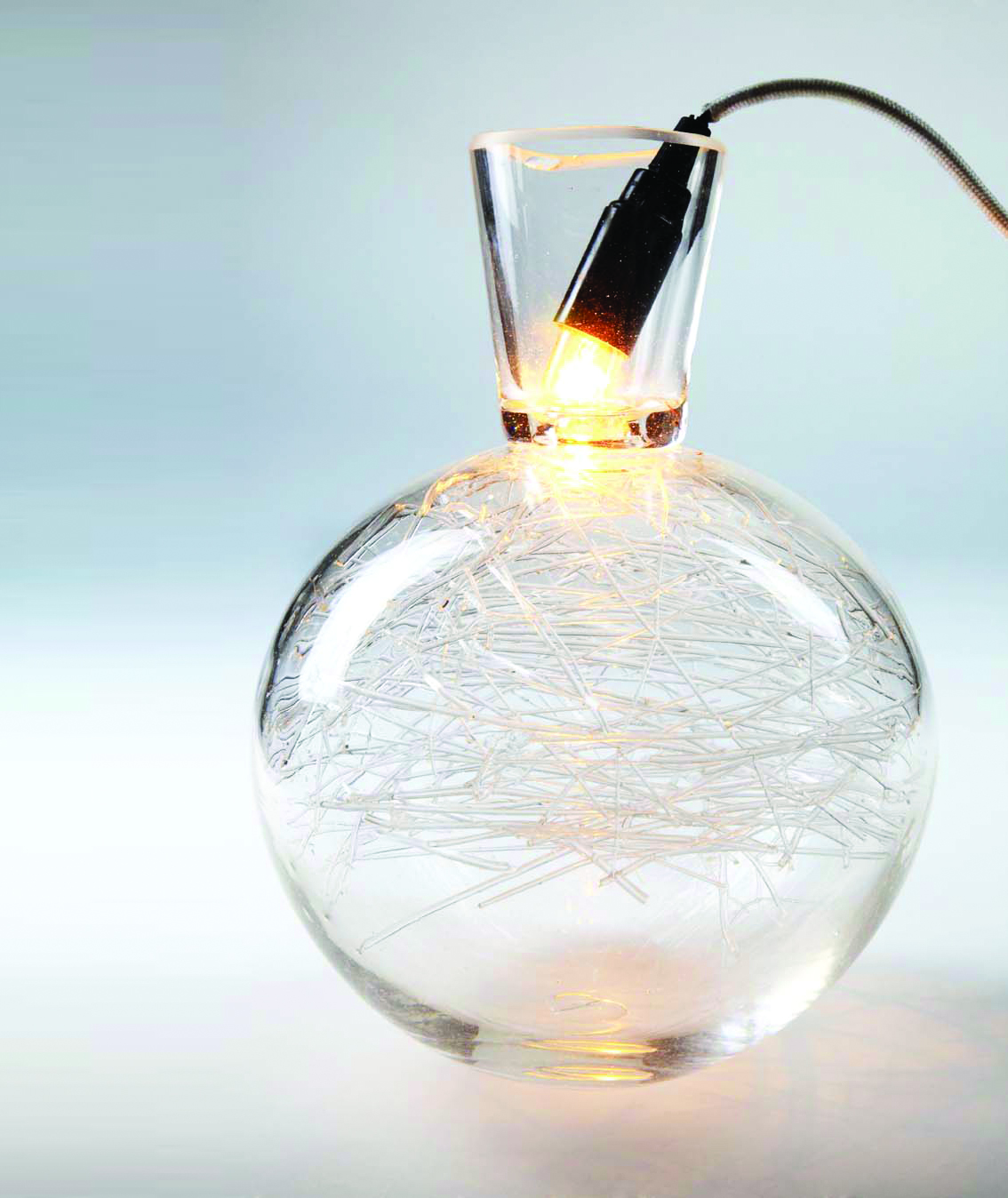