Welcome to the Finissage Sunday Brunch of Season XXI-Bela Silva & Vera Vermeersch, Arbre de Vie, on Sunday 15th May, 12-18.00, in the presence of the artists

The Tree of Life, which serves as the thread of this exhibition, is a motif that carries a mystical dimension and meaning that each of the artists Bela Silva and Vera Vermeersch interprets in her own spirit in a pagan and metaphorical way.

Fascinated by Italy, its mythology and its culture, they both offer us in duet a breakthrough in their imagination and invite us to this “Grand Tour”, a journey at once sensitive, magical and visionary. Italy, as described by the Italian writer Cesare Pavese, is like a country, a territory, the presence of a ‘whole world’, between earth and sky. “One needs a country, if only for the pleasure of leaving.

A village means not being alone, knowing that in the people, in the plants, in the earth, there is something that belongs to you, that even when you are not there, it is always waiting for you.” (“Paese”, Cesare Pavese)

A tactile interpretation of the landscape

Freed from her previous life, and turning to new perspectives on existence, artist Vera Vermeersch masters both the yarn and the art of composition. The photographs become collages, an emotional mapping of a panorama from her house overlooking the Piedmont valley. Like a walk, the two large tapestries Sul fresco della collina I & II, draw through two kakemonos tufted by the artist, a slice of landscape that depicts the freshness of the hill in the early morning, when the landscape blossoms.

In Una casa in collina I & II, the artist lets the trees appear on the horizon, below the hill, as human presences, shadows projected on the expanse of fields and greenery, as the sun is setting. The two tondos La luna cadeva dietro le piante I & II, evoke the cycle of day and night, the circular rhythm of the seasons and the luminous beam of the moon behind the plants.

Shadows and lights, ghostly and subjugating presences of the nocturnal life, these landscapes made of wool are sequences and intermittent windows on the great panorama that surrounds the artist’s house, La Palude.

Like paintings of joy and bliss, Giorni Felici I & II, are two squares tufted by Vera Vermeersch with strong colors, animated by country light, which recalls the rhythm of sunny days.

In movement, Luci in movimento is a long tapestry, a “mobile painting” to be placed on the floor or wall, like a piece of countryside flooded with glow and brightness.

Other tapestries complete her body of work magnifying the Piedmontese countryside, from her first cycle Patronen van het Landschap (Landscape Patterns) which was at the genesis of her artistic creations from 2014. Tuber Melanosporum, Sotto il cielo d’agosto I, II & IV, Olivola, Wadi Musa II, Tarvilla I. Her sketches are translated into small framed tapestries or “bozzetti”.

They are all free visions, celebrating country life, open air, far from the cities and its frantic pace. Under the summer sky, the days grow longer, the bucolic life calls for rest and a relaxed soul under the tree of life. The smell of the sun, the distant voices (L’odore del sole, le voci lontane) of which Pavese the Italian poet and writer, speaks, translate the quintessence of this fusion with nature.

Mythologies and feelings of Bela Silva

Flowers for you and Flowers for me are two sculptures that open the cycle of the “7 Trees of Life” by artist and ceramist Bela Silva, echoing the soft and tactile pre-alpine expanses of Vera Vermeersch.

With its roots firmly planted underground and its branches pointing to the sky, the Tree of Life symbolizes the link between the earthly world and the afterlife.

Drunk with art, culture and books, Bela Silva creates her own dreamlike world, subtly revisited in these new sculptures that address the boundaries between dream and reality, history, its traces and symbolism.

The hand-built sculpture The Elephants of Hannibal or the Delights of Capua plunges us into the history of the Punic Wars. Hannibal crosses the Pyrenees, crosses Gaul, the Alps and enters Italy. Victories follow one another, in Ticino, in Trebia and at Lake Trasimeno in 217 BC. Hannibal, a great strategist, succeeded in encircling the Roman troops at the battle of Cannes in 216 BC. However, he lost most of his elephants because of the humidity and the steep paths and he was not able to hold a siege in Rome. He ends up with his troops in Capua, indulging in pleasure and bliss.

Join me at the Colosseum echoes the mythical symbol of the city of Rome and emblematic vestige of the power of the Roman Empire. This true entertainment venue, which hosted gladiatorial battles, is today a meeting place for admirers of the ruins of an ancient past. Skipping several centuries, Pearl Kiss in tribute to Veronica Franco, evokes the Serenissima, its times of splendor and drama, through the tragic fate of a Venetian courtesan and poetess of the 16th century.

Returning to a language close to the plant world, Aloe Vera recalls the importance of this medicinal plant that the Egyptians called Aloe, “the plant of immortality”.

It was offered as a gift in funeral ceremonies as a symbol of renewal of life. As a good luck charm, it was said to ward off evil spirits in the home and to bring happiness and prosperity to those who cultivated it.

Finally, Palme d’Or or the Battle of the Lemons echoes the poetry of Eugenio Montale I Limoni and borrows the imagery of lemons which, like the “golden trumpets of solarity”, symbolize a victory, just like the Palme d’Or, recalling the legend of Saint-Honorat (eponym of the island in the Lérins archipelago) who fought the snakes before climbing a palm tree to avoid being swept away by the waves.

Given in Cannes, the Palme d’Or borrows the emblem of the city, and is made from 118 grams of 18-carat gold. Noblesse oblige, all roads lead to the South and Italy for these two great artists who cultivate a shared lyricism in search of a vital and solar energy. 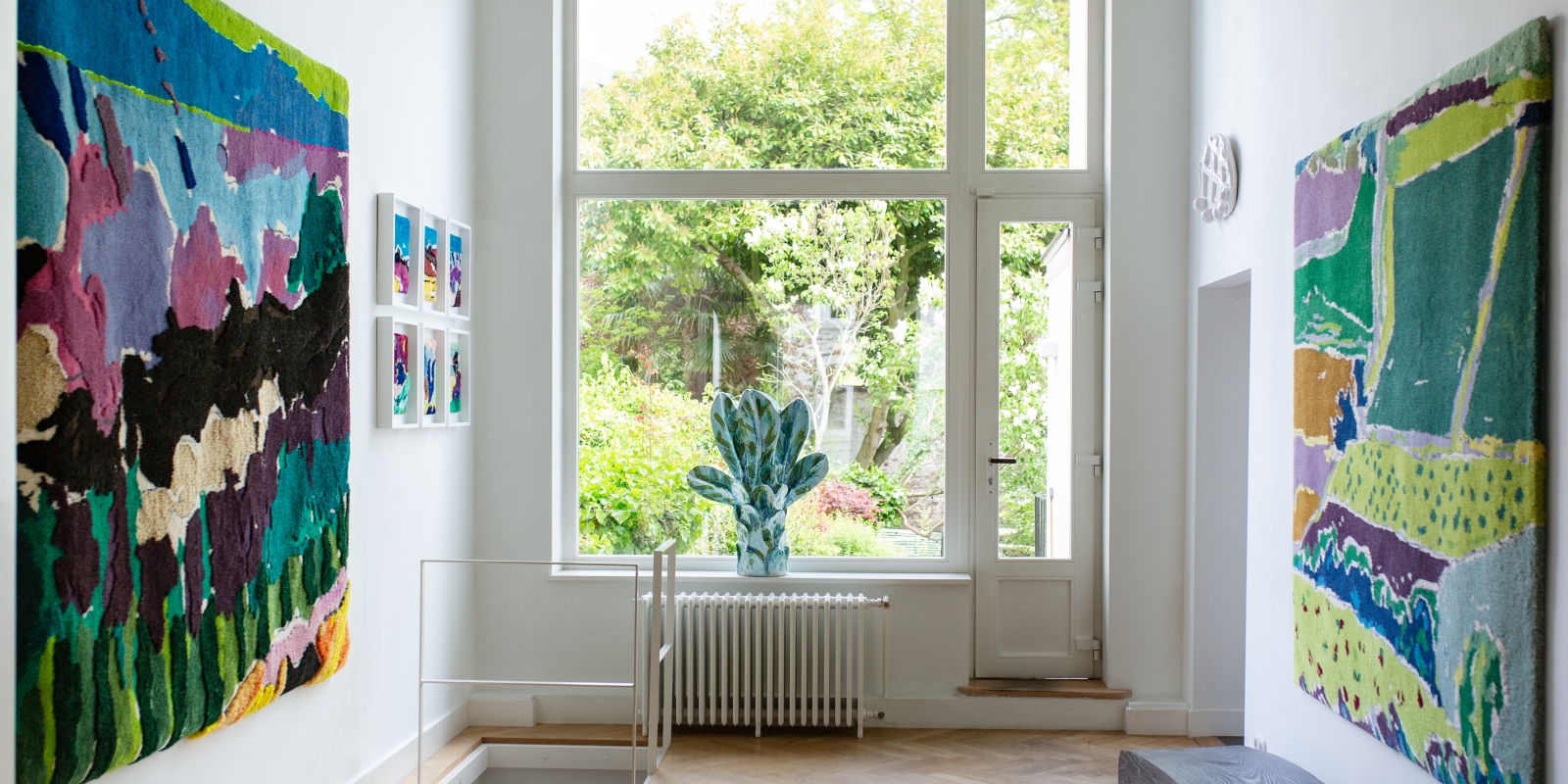