10 photographs have been carefully selected by Vincent Fournier and Spazio Nobile which works in dialogue with the Modernist interior architecture of Atelier Jespers founded and run by Jean-François Declercq.

My work on the city of Brasilia comes from a mixture of fascination and nostalgia for the stories and representations of the Future. Indeed, the city and capital of Brazil designed by Oscar Niemeyer, and which was built in 4 years in the middle of a desert, embodies the vision of the future of in the 1960s. The “pilot plan”, conceived in 1957 by the planner Lucio Costa, coincided with the beginning of the space age and the first artificial satellite of Earth: Sputnik. This was the golden age of the space age, and the city of Brasilia, with its air of flying saucerlike architecture that seemed to have landed in the middle of nowhere, shows the nostalgia and the dream of a future frozen in time. The case is unique in its size and scope, an entire city, and by its state of conservation, the pilot plan of the city has remained unchanged because of its UNESCO World Heritage designation. Brasilia, a fossilised modernist temple in a utopian future, asserts itself as a time capsule. I used the city as a backdrop for this series of work, one in which its own inhabitants were part of the staging. During my travels I kept coming back to the stories of Jorge Luis Borges and the strange empire whose map covers the city; (Fictions, 1946), by Dino Buzzatti and the idea of time on the run (The Desert of the Tartars, 1940), or the movie, “The Truman Show”, by Peter Weir (1988) whose hero lives in an illusion. Finally, we must also mention the breathtaking and crazy beauty of the city of Brasilia where absolutely everything is composed with the same writing: linear, precise, minimal, fluid, radical, aerial, monumental, musical …

Link to the catalogue 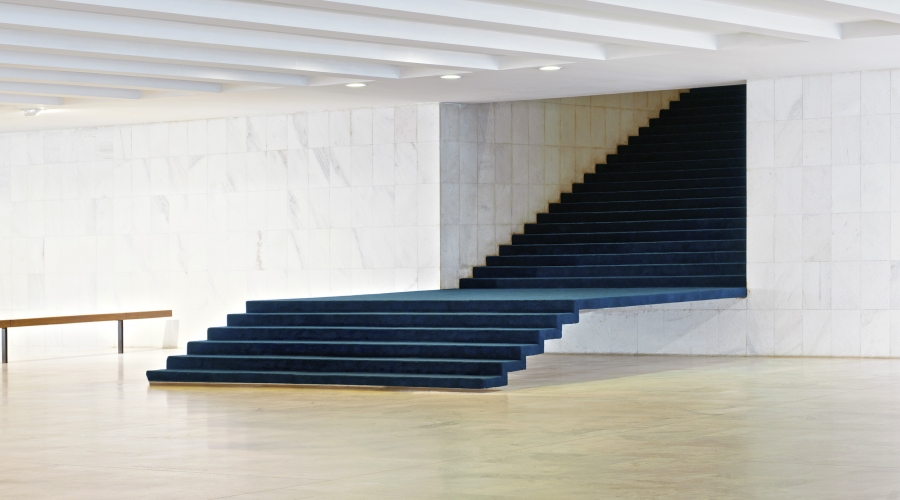 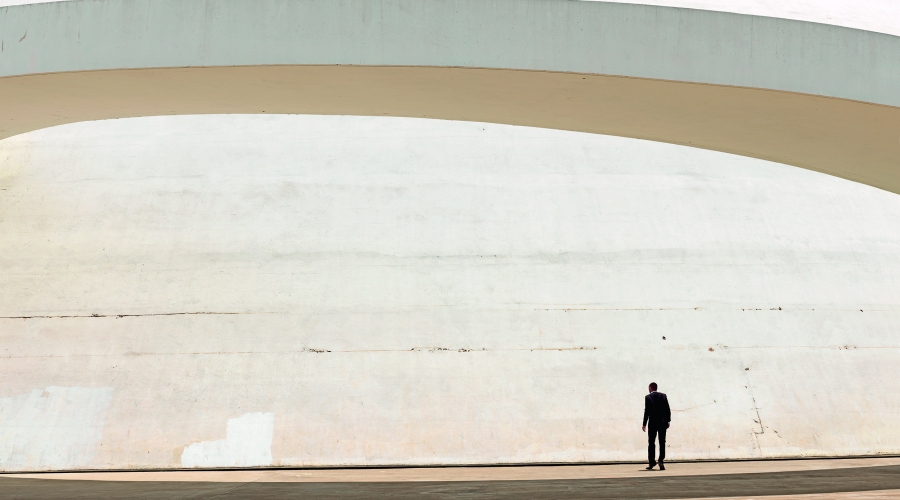